Ancient tombs that crumble in the hills. Time-honored artistry and culinary traditions. And jungled mountains that roll right into the sea. Hue and its surroundings have so many stories to tell and things to do that it should be a highlight in any trip through Vietnam, yet so many people pass it by. However, now that Hue has made Discovery Channel’s list of 5-must visit places in Southeast Asia, it’s just a matter of time before it begins to receive the international acclaim it so rightfully deserves.

Formerly the seat of power as well as the political, cultural, and religious center of Vietnam from 1802-1945, Hue’s imperial capital was badly damaged after the fall of the Americans during the  2nd Indochinese War. However, with a little bit of imagination and time spent,  the city will unfold and blossom before your eyes like a lotus pond in spring, revealing a destination filled to the brim with historical wonders and authentic experiences.

As Anthony Bourdain once said, “All the senses are engaged here.”  So come and see what he meant – whether it’s part of a much longer Vietnam tour or an in-depth Hue city exploration, we’ve got you covered! 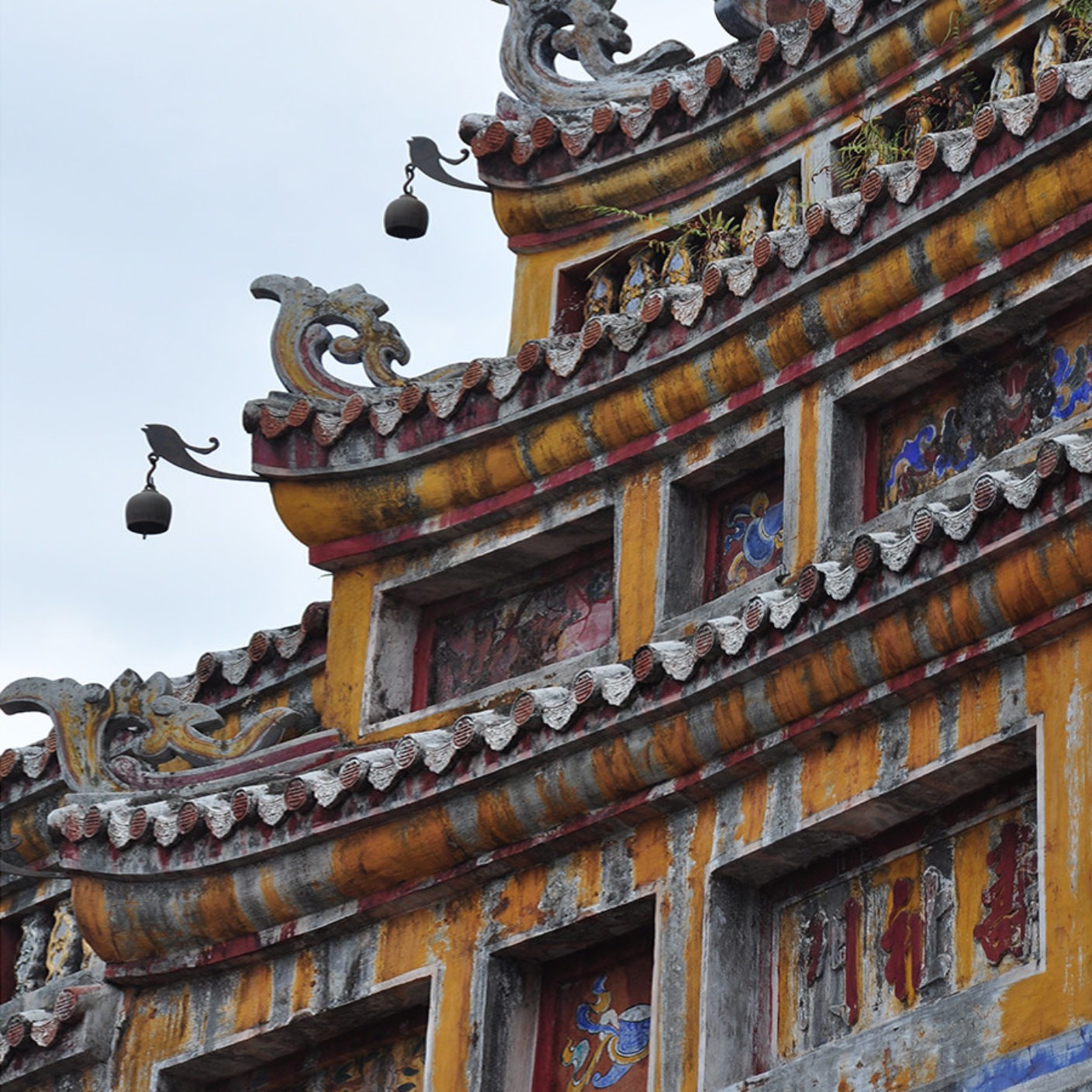 Hue is known for its collection of widely admired UNESCO World Heritage Sites scattered throughout the city. The Imperial Citadel stands firm in the center of the city, alongside the Perfume River, as a testament to the strength of the Vietnamese people to overcome any obstacles or hardships in their path.

The forbidden city, a remarkable cluster of buildings that reflects Vietnam’s history over the past two hundred years, is at the heart of the citadel. But after you’ve spent a few hours absorbing history – including royal concert halls, colonial administrative buildings, and bullet holes from the war – make sure you explore the rest of the neighborhood too! Here, garden houses have been converted into leafy coffee shops and serene lakes are hiding around every corner.

History buffs and culture lovers will love our 4-day historical journey through the best of Hue’s sights and sounds, including juicy tidbits on what life was like in the regal courts of the Nguyen Dynasty.

Commemorating the dead with grand structures is an important part of Hue culture, spurred by the Nguyen Emperors that once held Hue as their capital. It’s not surprising then that the Nguyen dynasty royal tombs steal the tourism show,  each one different while offering a unique window into this fascinating period of Vietnam’s history.

Gia Long tomb is the oldest, the least visited, and the most atmospheric while Minh Mang tomb is the grandest, reflecting the strength and power of his empire as well as his strong Confucianist beliefs. Thieu Tri’s tomb sees the least number of visitors and is in the worst shape, while Duc Duc’s tomb is found in the city center, small and humble, perhaps due to his suspicious death after reigning only 3 days. Unlike the others, Tu Duc blends harmoniously with the nature around it and has a rural, wild vibe complete with its own lakes, while Dong Khanh offers sweeping countryside vistas and architecture with slightly gothic undertones.

Finally, the penultimate king before the communist takeover, Emperor Khai Dinh, made his mark by fusing – with an arguable degree of success – Eastern and Western architectural styles in his final resting place. 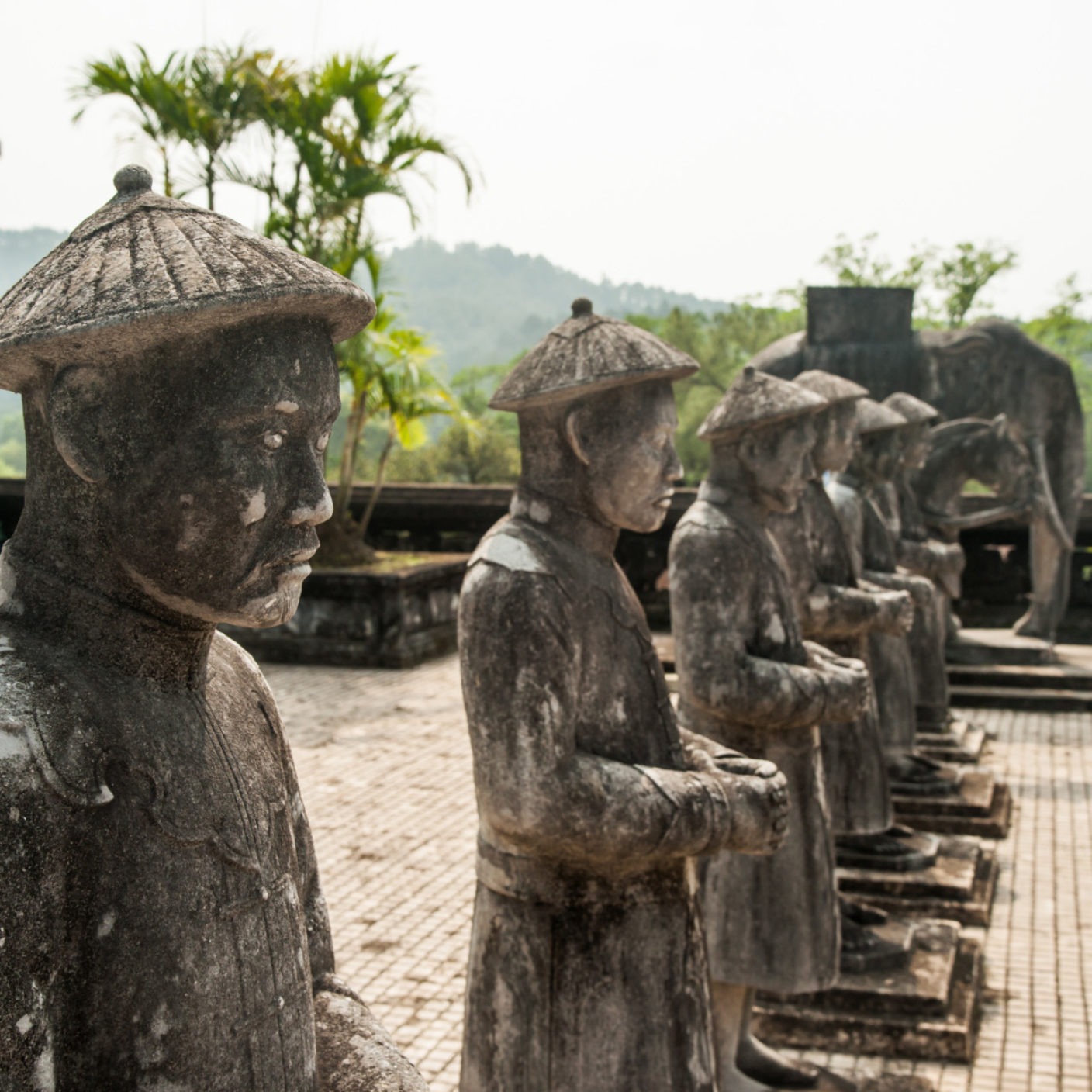 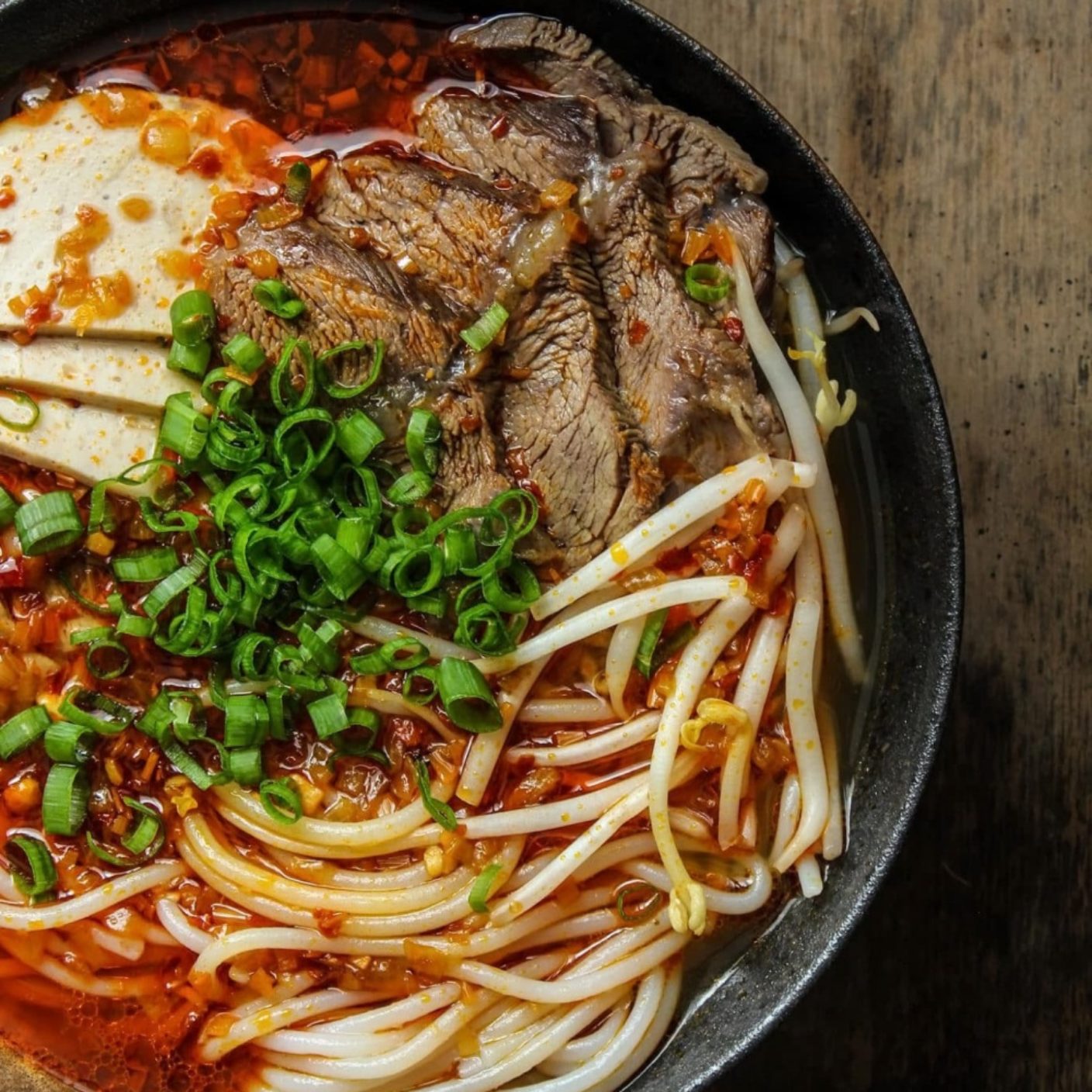 A Foodie's Delight in Hue

Beloved Anthony Bourdain was always quick to admire Vietnamese cuisine and its strong identity without the need for “pomp and circumstance”, as he called it. But nowhere caught his attention quite so much as Hue and its traditional bun bo hue dish, a fragrant noodle soup delicately balancing sweet, spicy, and salty flavors.

The concoction may have been created due to the city’s royal legacy. The Nguyen kings were a demanding dynasty and they wanted special dishes crafted just for them. Fortunately, the secret got out, giving us regular people access to these regal delicacies on Hue dinner cruises, food tours, and classic noodle stalls.

Take your taste buds on a journey and experience this devotion to tradition on our 7-day central Vietnam gourmet tour which passes through Hue and Hoi An.

Beyond the City – Hue cycling, trekking, and village life tours

Most visitors to Hue come for the citadel and the tombs, but miss out on the stunning nature and traditional villages found throughout the province. Popping green rice paddies and enormous Tam Giang lagoon (the largest in Southeast Asia) sit sandwiched between mountains that stretch to Laos and a bright blue sea.

Cycling tours are becoming increasingly popular in Hue as the city and countryside are relatively flat and well-marked. For those who love a challenge, conquer the Hai Van pass between Da Nang and Hue with us on our Hoi An to Hue Adventure! 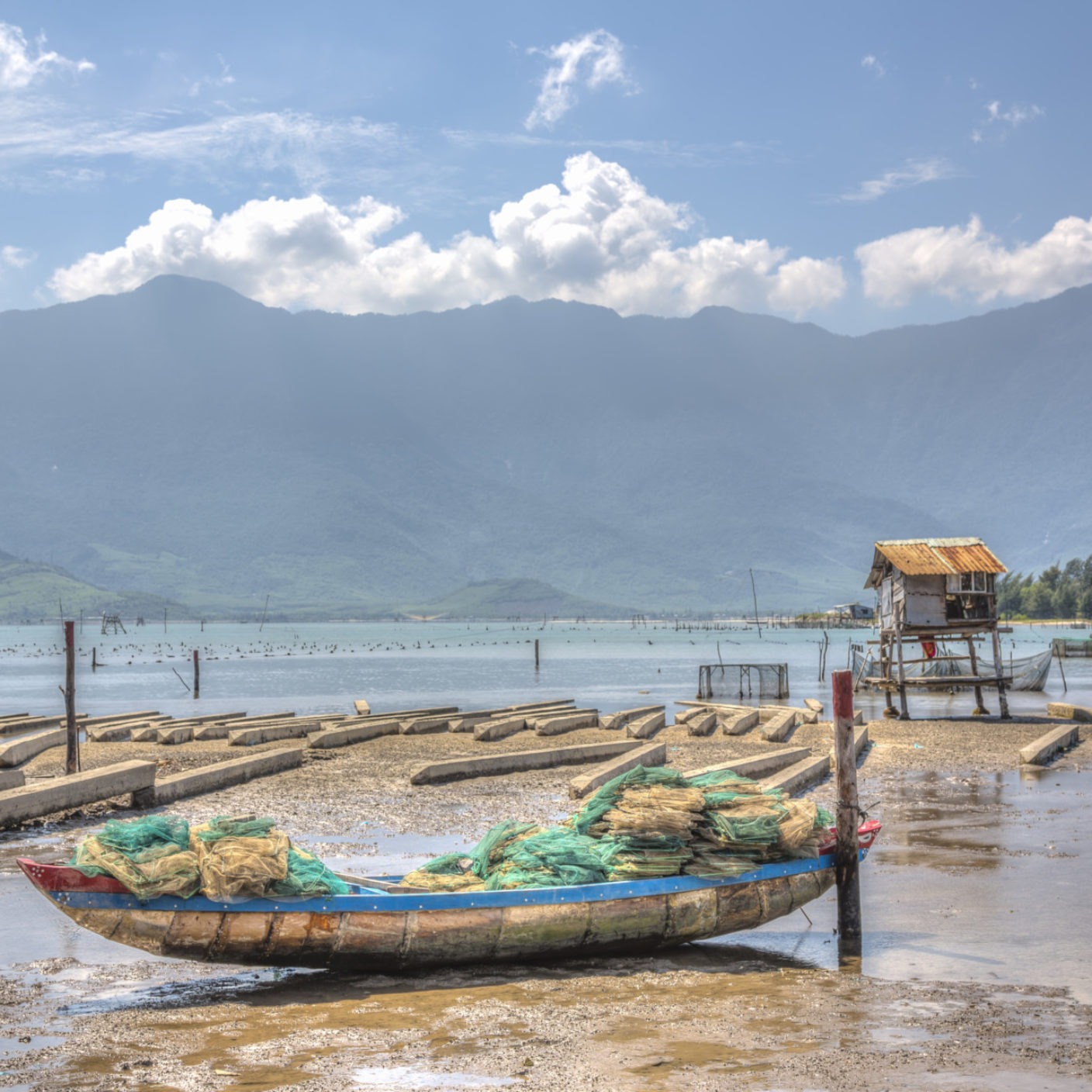 Browse some of our destination-focused itineraries for inspiration, or get in touch with one of our amazing travel designers to start planning the adventure of a lifetime.
GET IN TOUCH

Classic Hue
and Hoi an

Ancient Hue
and the Fairys Cave