Surprising Saigon. Storied Saigon. Sexy Saigon. Vietnam’s biggest city (officially known as Ho Chi Minh City) has more alliterative epithets than you can shake a stick at. That’s because there are so many sides to this layered city that stretches over 100km, houses over 13 million people, and contains 24 jaw-droppingly different districts. Vietnam is booming, and nowhere is this more obvious than in the country’s biggest city.

The central districts still boast grand colonial mansions, Art Deco department store buildings, and legendary hotels. Chinatown – which is like a city within the city – bustles with life and has enormous market buildings not found anywhere else in the country. The expat enclaves hide hip hangouts and leafy neighborhoods that feel distinctly non-urban. Then there are the rural and suburban districts, each one developing a distinct personality of its own.

Everything exists in Saigon but not in the way you’d expect. Here are just some of the highlights! 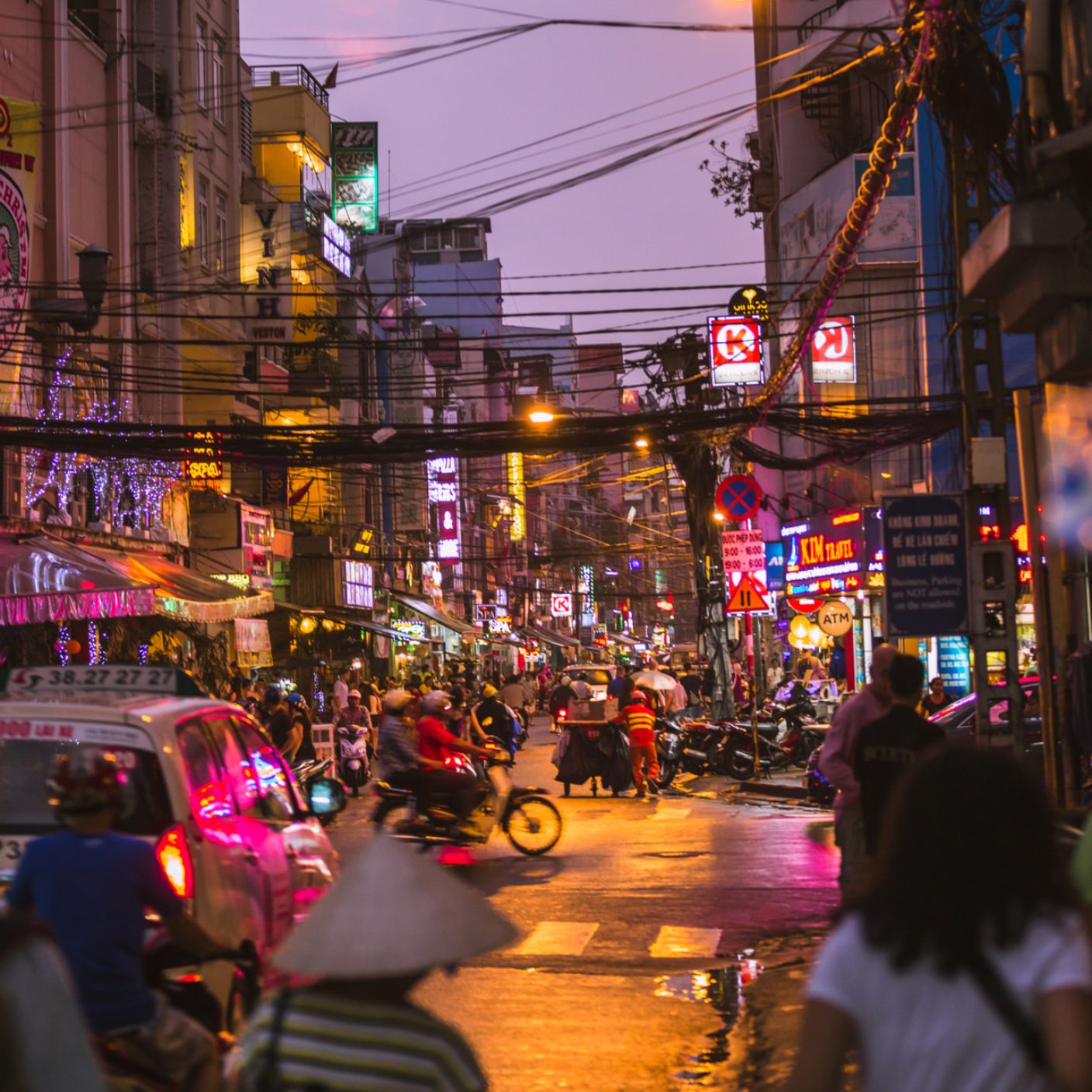 Saigon is Vietnam’s rising nightlife star, with pumping nightclubs, calming speakeasies, and everything in-between. This is the city to let it all go and really find your nightlife niche. If you’re budget’s tight and you want to hang with the youths, there are countless corners to sit down for some street beer. If you want a taste of the high life, ascend to one of the city’s glitzy skybars and gaze across at the urban skyline. Knock back gin and tonics in a colonial era hotel. Sip vintages in a secret wine bar. Or savor a colorful creation that easily reaches international standards of excellence in a cocktail bar.

Does a world cuisine exist that you can’t find in Saigon? Perhaps, but that won’t be for long. In most big cities, there are hundreds of new restaurants opening up (and closing down) each week. In Saigon, there are thousands.

The restaurant scene is booming, and the open-minded Saigonese are keen to try new things from hidden corners of the world. You’ll find authentic cuisine from across the country from Vietnamese chefs attracted to Saigon’s booming economy. 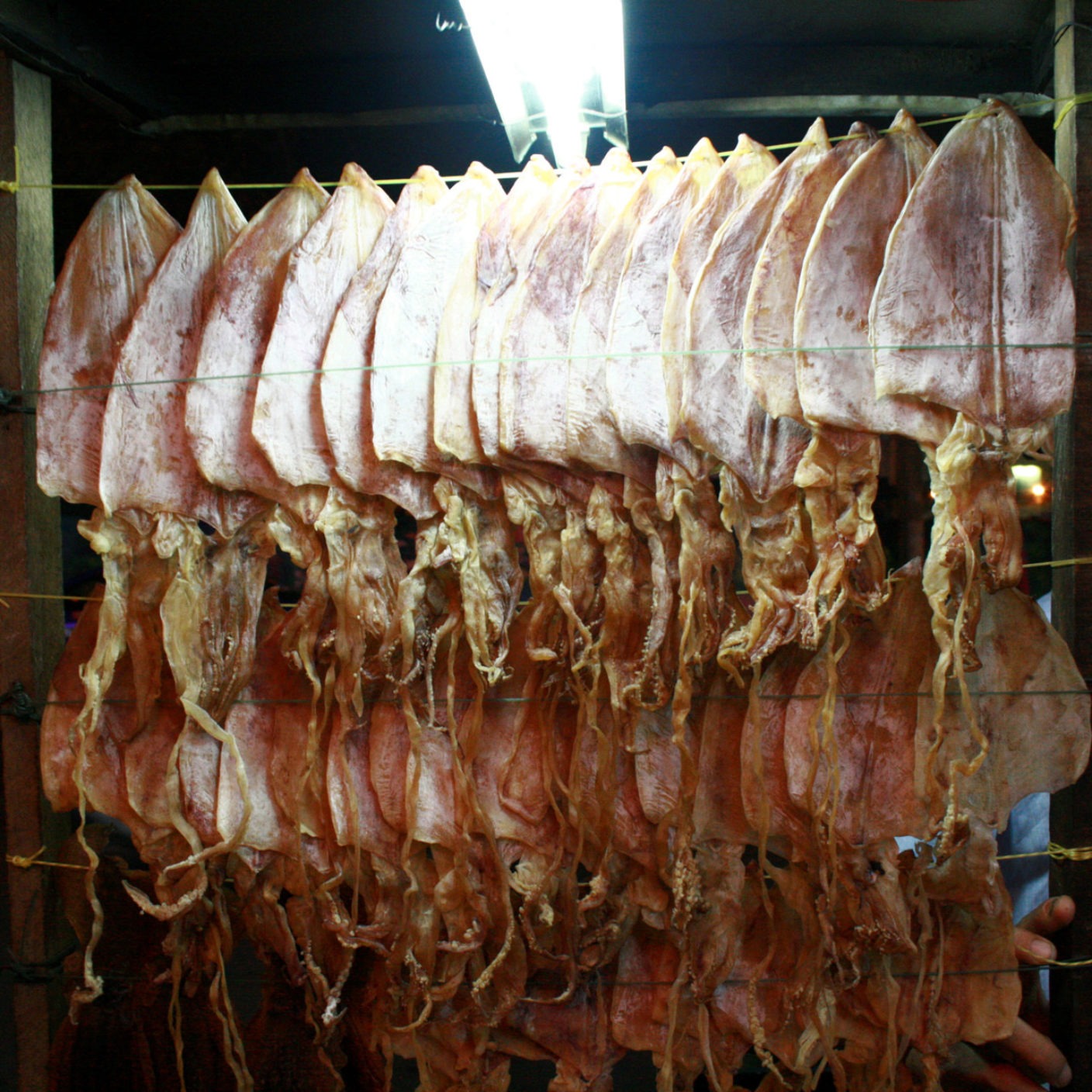 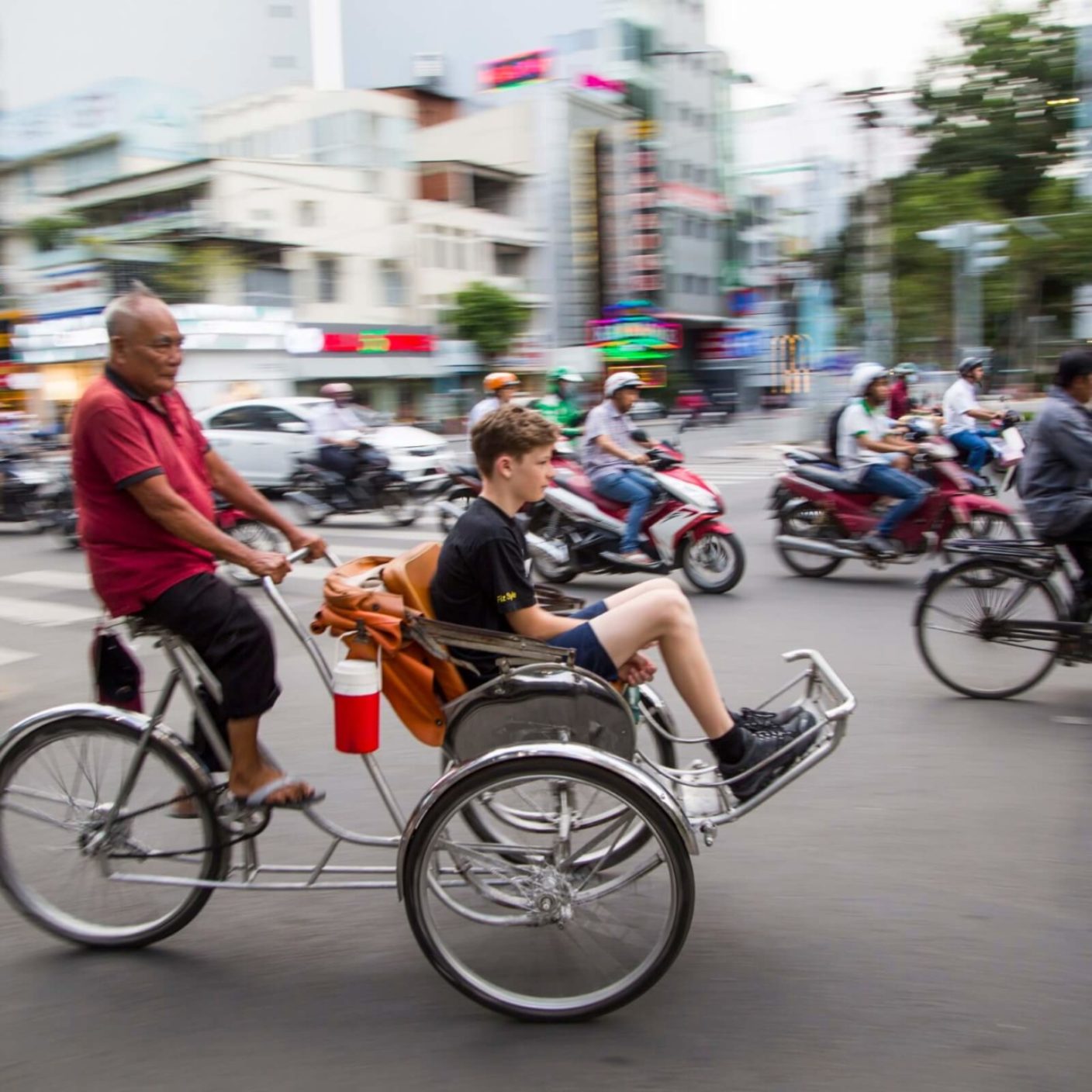 Saigon’s traffic is indeed maddening, but that’s no bad thing. The city streets are either a symphony or a cacophony, depending on how you look at it, but it shouldn’t be hard to find beauty in the mess. There are 7 million registered motorbikes in Saigon, meaning that there’s half a bike for every man, women and child, but the real number of bikes is probably much greater. Add to that a splattering of cars, buses, bicycles, cyclos, e-bikes, scooters, and skateboards, and you’ll find that getting from A to B is never dull.

Vietnam’s embassies and international cultural center headquarters may be in Hanoi, but Saigon still wins out when it comes to cosmopolitan flare.

While Hanoi works hard to maintain its unique character, Saigon welcomes change and influence with open arms. That bleeds into food, music, film, and literally anything else you can think of. If there’s a global trend in the works, Saigon will be the first to catch on. 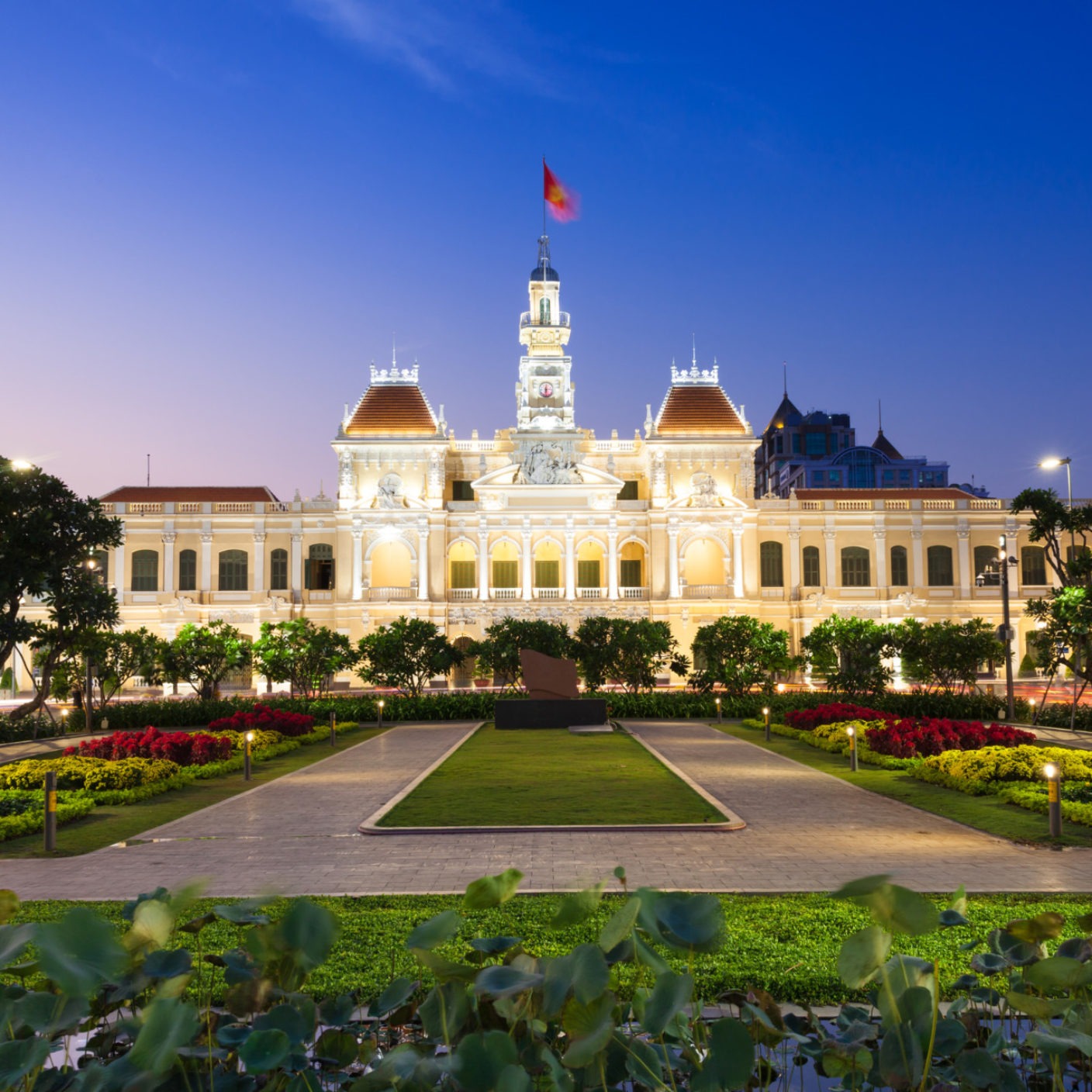 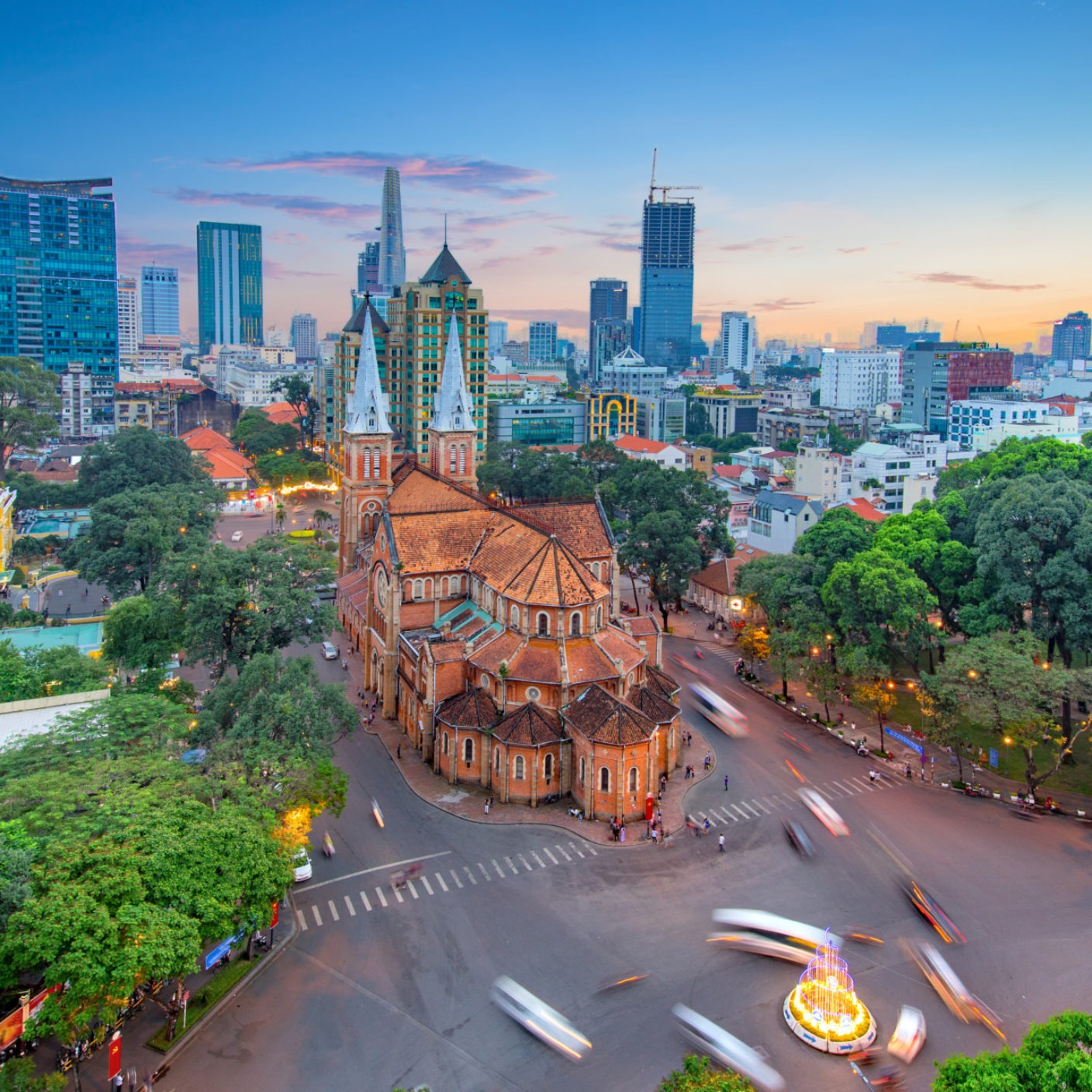 The city oozes creativity, from crisply designed souvenir alternatives to genius graffiti found in unlikely corners. The best places to soak it all up are the various design hubs, cultural centers, and avant-garde galleries.

Browse some of our destination-focused itineraries for inspiration, or get in touch with one of our amazing travel designers to start planning the adventure of a lifetime.
GET IN TOUCH