SAPA & BEYOND: AN ICONIC ACTIVE DESTINATION

For Topas, Sapa is where it all began, starting in the 1990s when we first discovered the treasures of this region and still going strong nearly 30 years later.

We believe exploring the magnificent scenery and spending time with ethnic minority groups is at the heart of any journey to Vietnam. Through community development and empowerment initiatives, our hard work has provided thousands of travelers and locals the benefit of cultural exchange in a responsible way throughout Sapa.

It’s for this reason that Sapa is featured heavily in our Original journeys as well our Family packages. It’s also the location of our boutique-styled homestay, Topas Riverside Lodge, and certified unique lodge by National Geographic, the acclaimed Topas Ecolodge.

When you travel with us, you will come to love Sapa just as much as we do. Learn more about this enchanting destination below and how you can work it into your next adventure to Vietnam. Or, browse some of our suggested itineraries for more travel inspiration.

There’s nowhere in the world quite like Sapa. A town founded by the French during colonial times (though close to a collection of existing hamlets and villages) this hill station has experienced a history of ups and downs. Principally a retreat for long escape holidays from Hanoi’s summer heat, it soon became a hotspot for European anthropologists keen to study Southeast Asia’s rich cultural history and diversity.

The town lay dormant through much of the war period and received minimal attention during the subsequent Communist years. It wasn’t until Vietnam opened up in the 90s that Sapa worked its way onto the domestic and international tourist circuits, and since then it’s never looked back.

The town will continue to change, but experiences like warming your hands on a cup of coffee with a view of mountains or haggling over textiles in the bustling market will always remain a quintessential part of traveling through Vietnam.

After experiencing the rainbow of color represented by the peoples of Sapa and beyond, you’ll see that kaleidoscopicis no understatement. This is down to the ethnic diversity, with Hmong, Dao, Tay, Giay, and many others represented in and around Sapa. Many of these groups can be segmented even further, which further enhances the differences.

The Black Hmong and Flower Hmong may both speak Hmong, but the colors they don themselves in couldn’t be more different. Less striking but just as enchanting is the architecture. Each group have a different way of constructing houses, from the Hmong that build bungalows on the ground to the Tay that live in towering stilt houses. Get to know the peoples of the northern mountains through meaningful activities, such as hiking and homestays. Or support the vibrant weaving and dying culture by purchasing textiles. 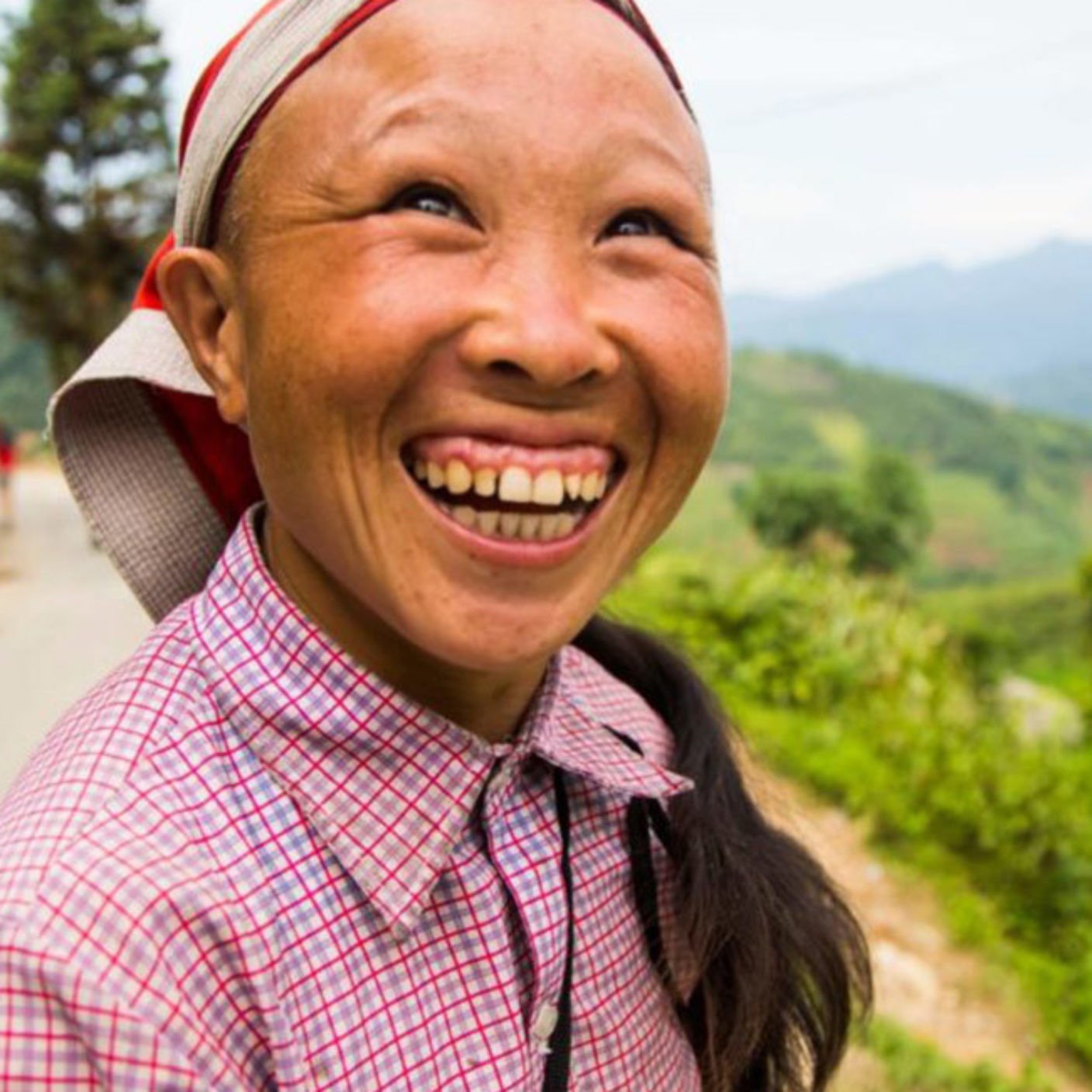 Picture a mountain. At the top there are dark green jungles that blanket the peak. About halfway down, waterfalls of rice terraces are carved into the slope like staircases for giants. And at the bottom, a flowing river trickles over rocks as it meanders down the valley. The forests are evergreen and the rivers rarely run dry, but the rice terraces shift dramatically throughout the year.

Sapa experiences the four calendar seasons of spring, summer, autumn, and winter, and each one is represented in the rice cycle. In winter the terraces fill with water that reflect the skies. In the summer the terraces bulge green with healthy rice plants. And in the spring and autumn, the farmers ascend to the terraces to plant and harvest respectively. You can explore these landscapes in a way that suits you, whether that’s by foot, bicycle, motorbike, or passively from your hotel balcony.

Perched on a mountaintop with commanding views of the surrounding highlands, Topas Ecolodge is one of Asia’s most incredible accommodations. A certified “Unique Lodge” by National Geographic, you’ll stay in stone cottages that coil around the peak, ensuring that each one offers a different view.

Topas Riverside Lodge on the other hand is nestled down the valley next to a gushing a river within a traditional Dao village. The lodges are the accommodation hubs for a network of homestays throughout the destination, including Hmong, Dao, and Tay family homes. Here you’ll tuck into a spread of homecooked dishes with your hosts before making your way to a comfy bed inside the family home. 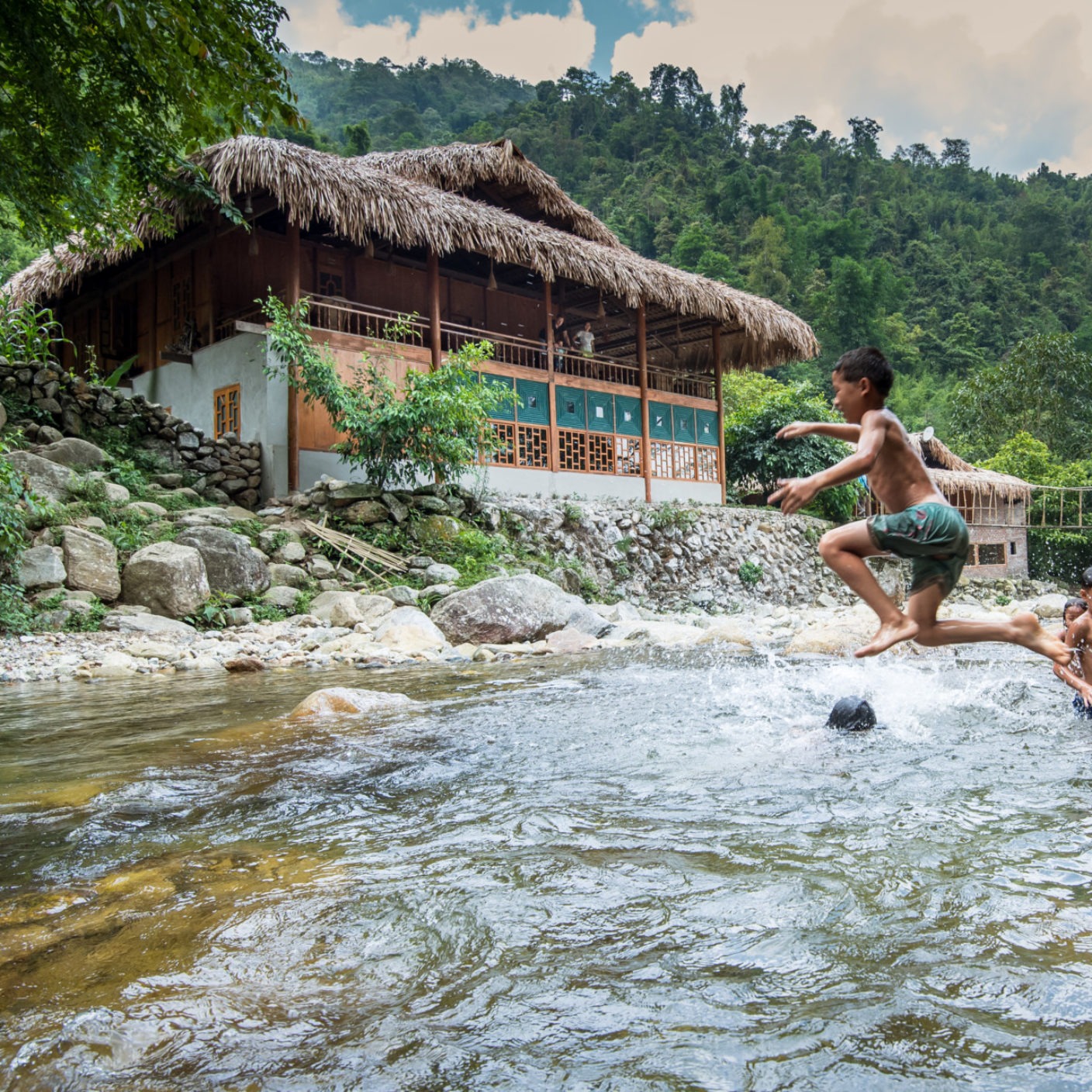 The Topas Riverside Lodge rests in Nam Cang, a village that remains untouched by tourism. The locals here still go about their lives much like they would anywhere else in the mountains, with days revolving around farming, fishing, foraging, and making artisanal crafts. It’s also surrounded by forested mountains and swirling rice terraces, perfect for getting out into the wilderness.

Strap on your hiking shoes and take on the mountains for a day of hiking before returning to the lodge for a welcome Dao foot bath. Or if you have the need for some speed, climb the hills on a mountain bike before an exhilarating descent as you pedal from village to village.

Browse some of our destination-focused itineraries for inspiration, or get in touch with one of our amazing travel designers to start planning the adventure of a lifetime.